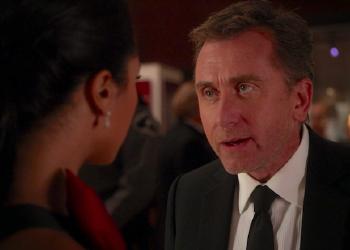 Lightman tells Naomi “I saw that look in your eyes, fear.” Fear is registered in many parts of the face: the lips stretched horizontally, the eyebrows raised and pulled together, but the most obvious sign is the wide open eyes, very wide, upper lids pulled up and lower lids tensed. It is unmistakable, but it is the part of the fear expression that is most easily faked; it is not hard to do deliberately. The most reliable sign of fear, which no one I have tested has been able to make deliberately, is in the eyebrows – both raised and pulled together at the same instant.

Lightman tells Torres “everyone screws up now and then, love.” This is a very important message. Detecting lies from demeanor does not alwayswork; it is hard to judge some people, and sometimes, not often, but sometimes, the judgments are wrong. A liar may be believed or a truthful person disbelieved. ‘Lie to Me’ can create the impression that it is easy to make judgments about truthfulness, but it isn’t and even naturals, or who we have called wizards, do make mistakes. When we train law enforcement officers or counter terror officers it takes about 30 hours. We emphasize the importance of not misjudging the nervous, but truthful suspect; that is the worse error.